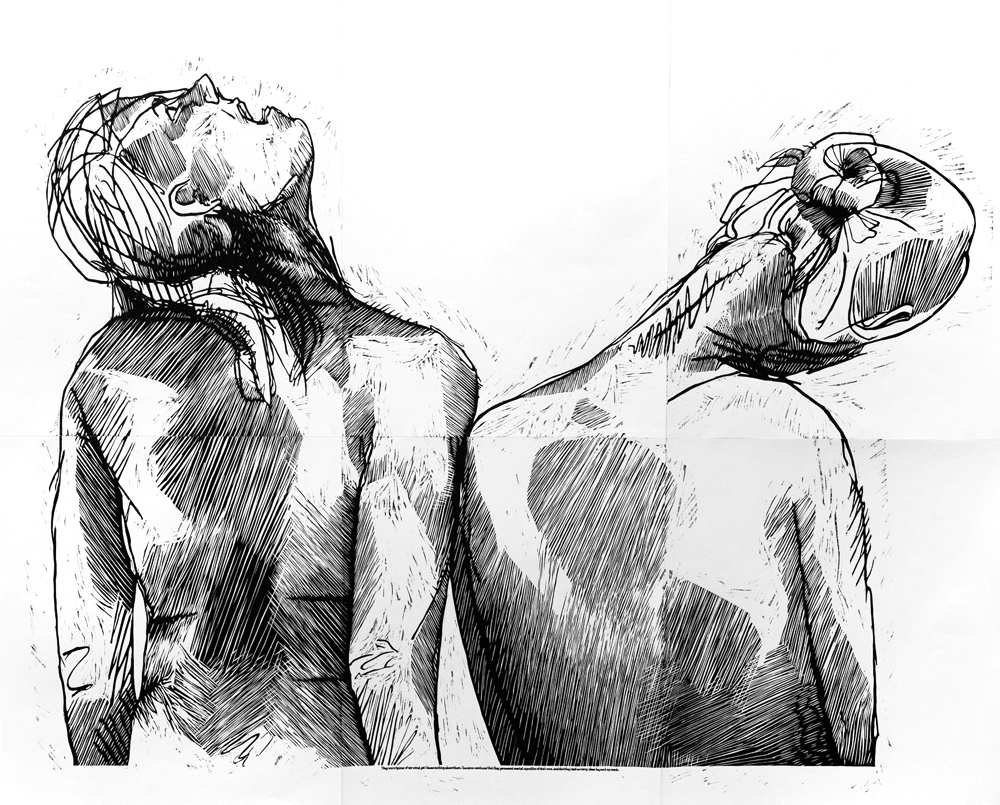 Experimenting with text and image, this piece requires you to step back to see the very large figures, but to come close to be able to read the small sentence cut out just underneath them. The figures have stories in their own right, but the text adds a layer of confusion and is the voice of the artist.

They were figures of my mind, yet I knew nothing about them. I became convinced that they possessed mental capacitites of their own, and that they had uncanny ideas beyond my reach. 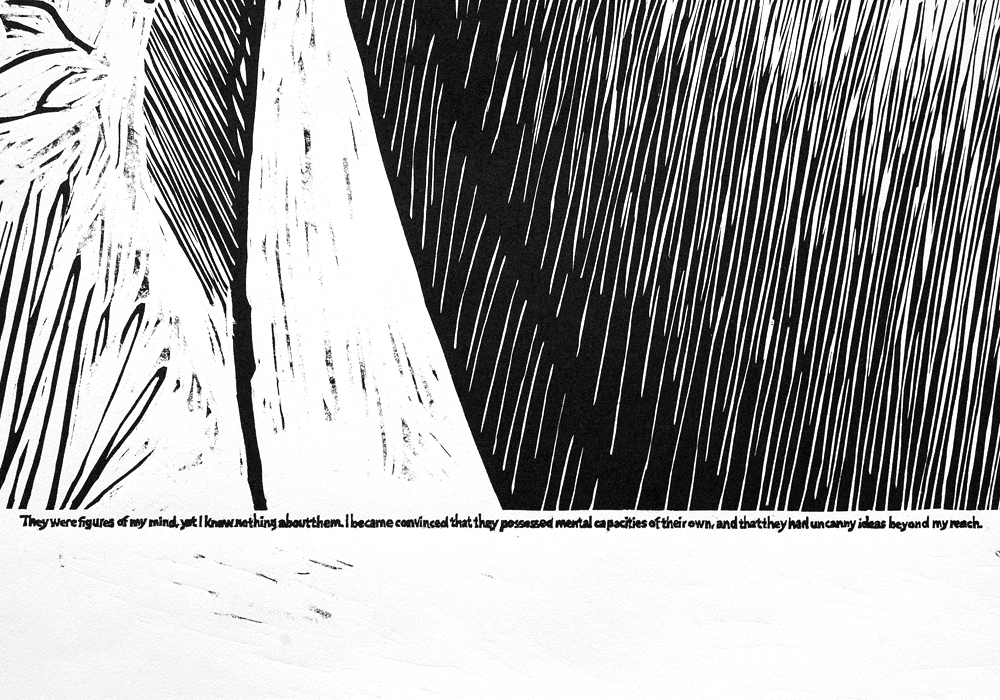 Scream As Much As You Can