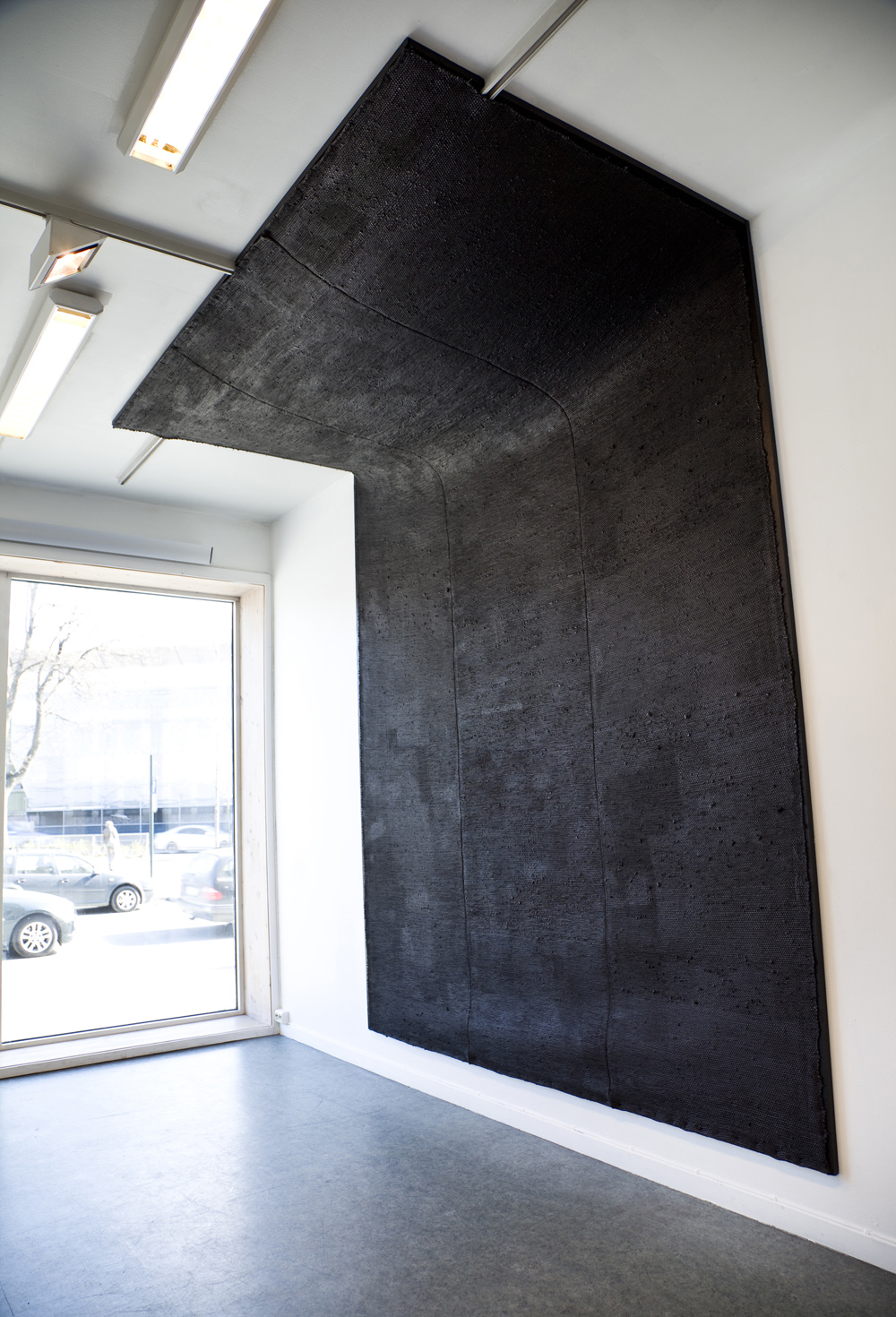 The Gap Project was made for my bachelor of fine art degree show at KiT, Norway. It consists of two separate pieces facing each other in a gallery room. The large weaving that towers over the spectator - The Unavoidability of Something - was handmade by me, and laboriously put up on the wall and ceiling. It is painted black to give a thick, plastic, and "dead" texture to the massive, slightly draped weave. I wanted it to come off as dominant and a bit threatening when you stand under it.

The smaller wood cut - The Impossibility of Something - has the same measurements as the space between the weave and the floor, and can thus be seen as the "missing piece". It is mounted on a board and leaned against a wall. It shows a light grey, obscure image which disappears from certain angles and depicts tassels.

I was thinking about stuff like feeling trapped in your own behaviour and the meaninglessness of abstract thought when I did this work. 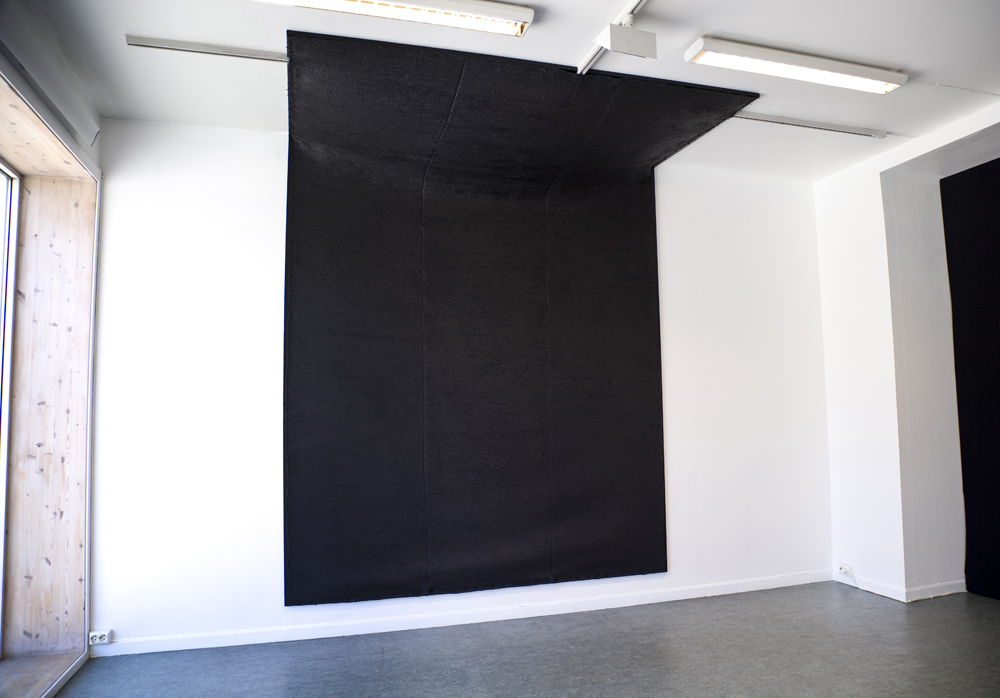 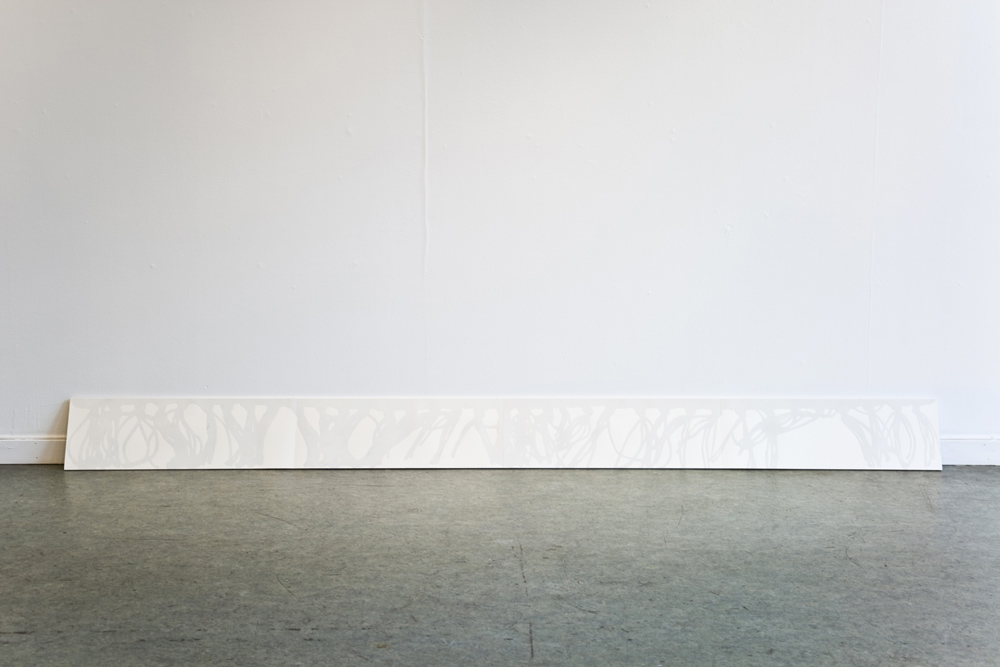 I Did Nothing At All